Pat has been working at National Marine since he purchased it in 2009 after 42 years of banking. He has been boating since he was 12 and still enjoys boating whenever he can. Pat has four children and five grandchildren.

George has been with the company for over 20 years. He got his start in the business 35 years ago when he began a job as a gas dock attendant. When he’s not busy boating or fixing boats he enjoys hunting and shooting trap. George has two kids. 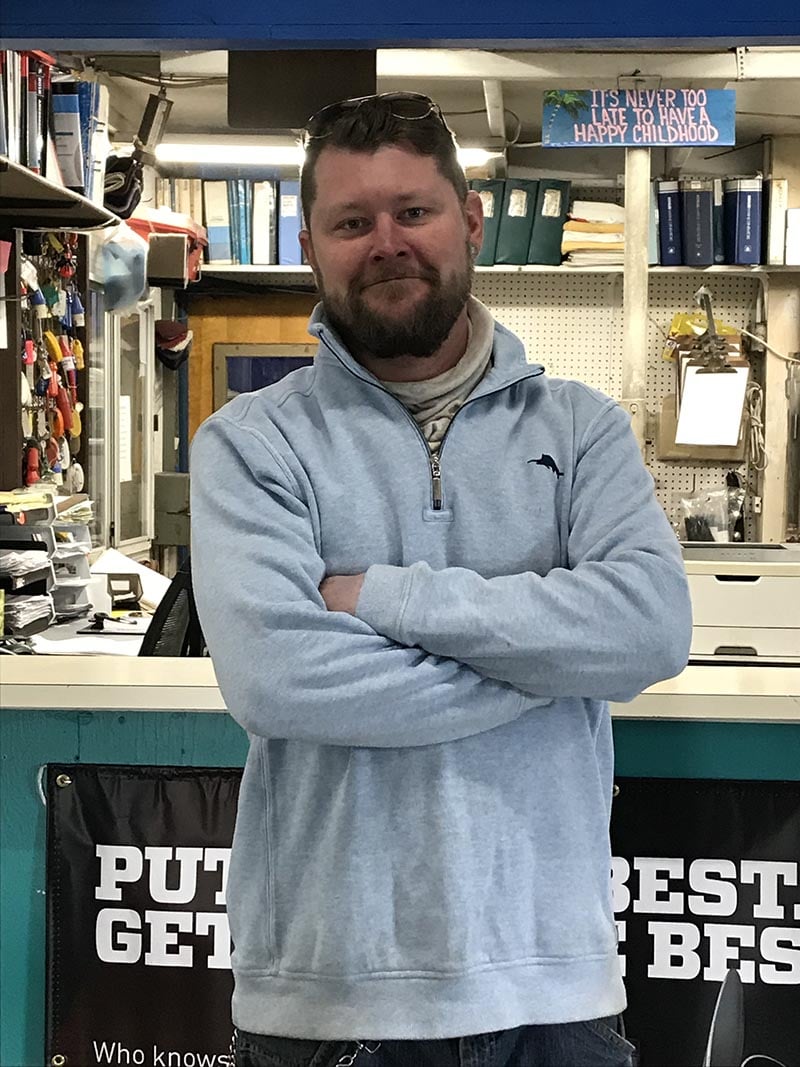 Bradley has an extensive background in service.  He obtained his ASE Certification in 2001, went on to Diesel Mechanics training in 2005, and in 2014 joined us in the marine industry.  Having wrenched and learned from the best, he is ready to answer any questions you may have.  Give him a call!

Lisa has been with the company for under a year. Her accounting experience comes from the automotive, floral, insurance, and secondary education industries. Her most recent position was at a local public accounting firm where she processed payroll, paid all payroll taxes and filed all returns, entered all monthly transactions, and produced income statements and balance sheets for various clients. Lisa has three children and two grandchildren.

Travis is our newest technician here at National Marine. He comes to us from TJ’s Autobody and Salvage where he spent seven years building custom trucks, cars, 4 wheelers, and dirt bikes. Prior to that, he worked as a stadium equipment operator/mechanic and stage hand in Las Vegas, NV and as a plant loader and operator at Evergreen FS in Colfax, IL. Travis has one daughter, one granddaughter, and one pup that he adores!

Josh is a lifelong boater who came to National Marine in 2012. Prior to that, he was an automotive tech at Meineke and banquet server/cart
attendant at Weaver Ridge Golf Club. Josh maintains the grounds at both
marinas as well as doing some of the detailing and painting in the shop.